Post pictures of your car here. We want pics!

I’m extremely lucky I’ve had the opportunity to take on Adrian’s absolute honey of a 214SEI. Saw it at PoL and bugged him into letting it go.

My parents had one when I was eight so to have a timewarp example now is a bit of a dream realised, and one I never thought I’d actually achieve.

Pictures say it all, really. 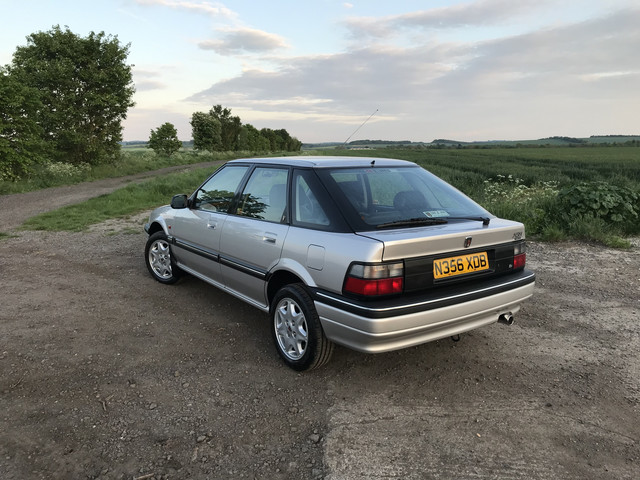 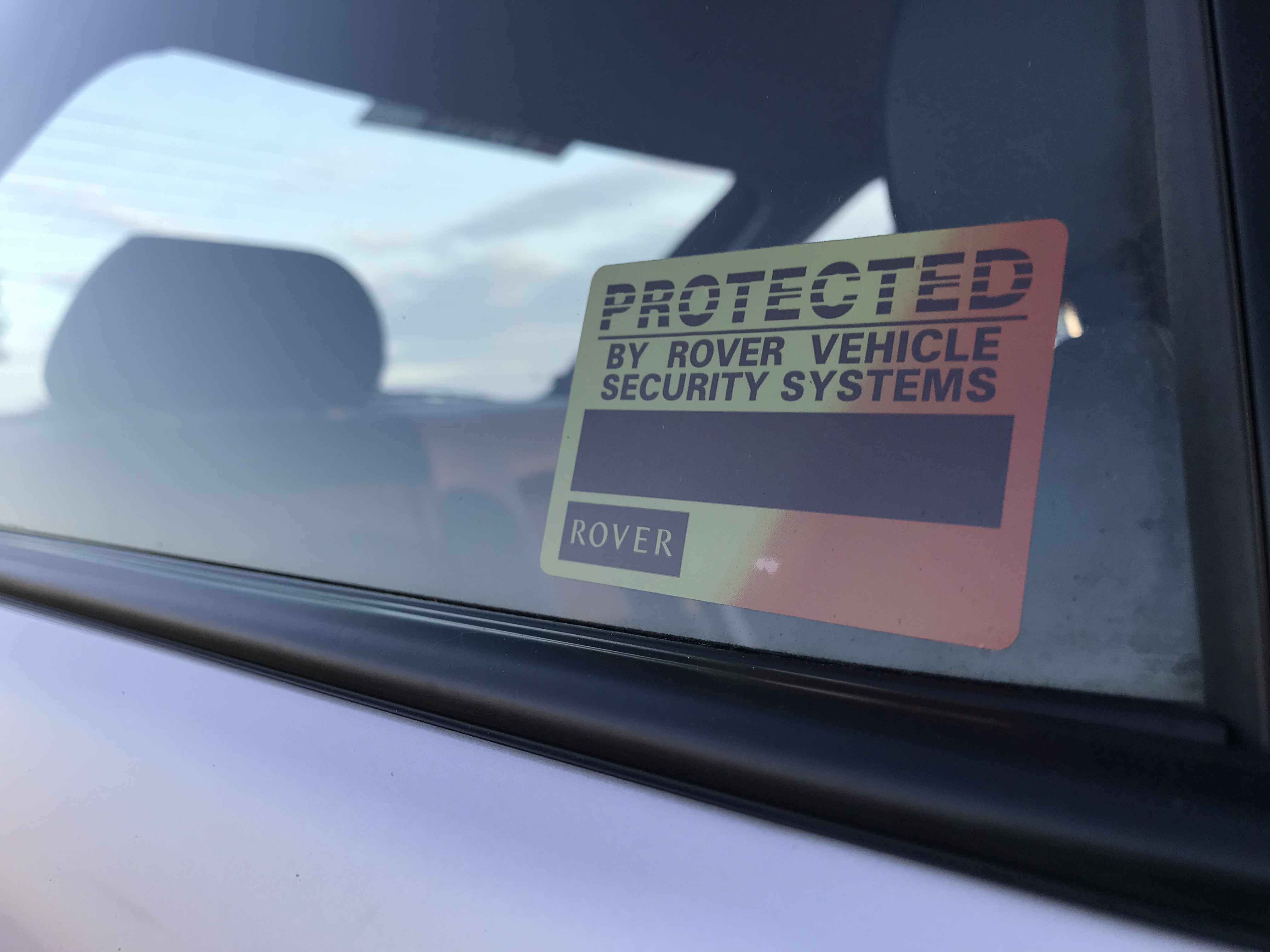 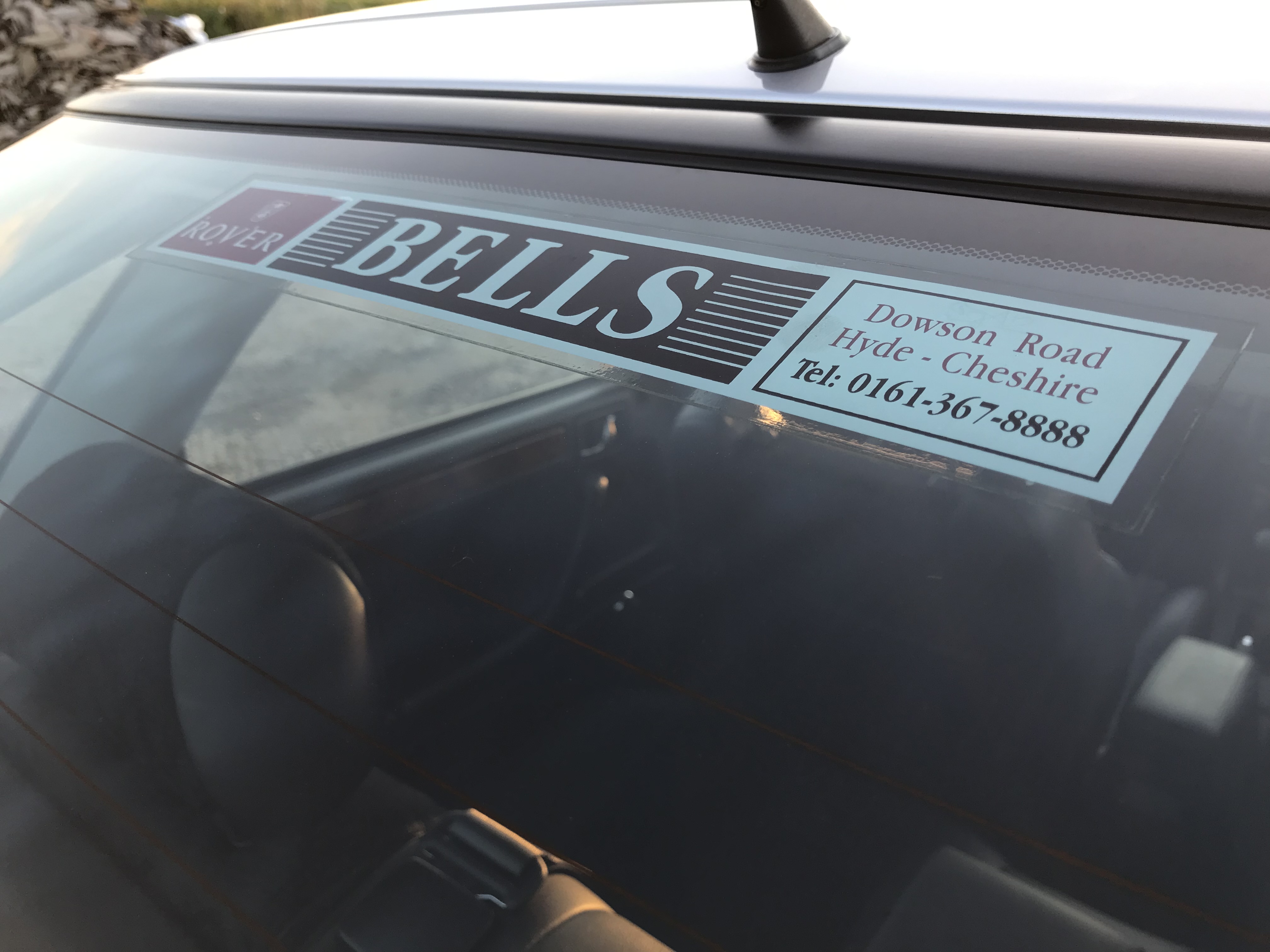 That is less miles than the one in Worthing that went for 1500 squid last year! that had 23,000 miles driven by it's one previous deceased family member and was in a genuine show room condition!

It's been squirrelled away some where as it never seems to appear on the club scene.

I wish that I'd upped the bidding now in retrospect doh :slap me
Teddy Bear

Oh, now that is rather nice

One of my favourite R8’s on the scene!

Very well done, and knowing how Adrian looks after his cars it won't take much for concours condition.
Glad to note that the non standard boom box has gone

itcaptainslow wrote: ↑
Wed May 22, 2019 1:38 pm
I’m extremely lucky I’ve had the opportunity to take on Adrian’s absolute honey of a 214SEI. Saw it at PoL and bugged him into letting it go.

My parents had one when I was eight so to have a timewarp example now is a bit of a dream realised, and one I never thought I’d actually achieve.

Pictures say it all, really.

A couple of little touches to the 214-had a replica tax disc made up from the first year of the car’s life, and a holder from the original supplying dealership reprinted. Goes well with the Rover Service sticker!

The 214 has been living a typically cosseted life over the past couple of months, tucked away under a cover in my “prime” garage. I’ve done a bit of underside detailing, pictures in a post below.

I hit a pothole in my daily drive a couple of weeks back on the A1-thanks to the dry, salt free weather we were having I thought it would be a great excuse to get the 214 out one Sunday evening. 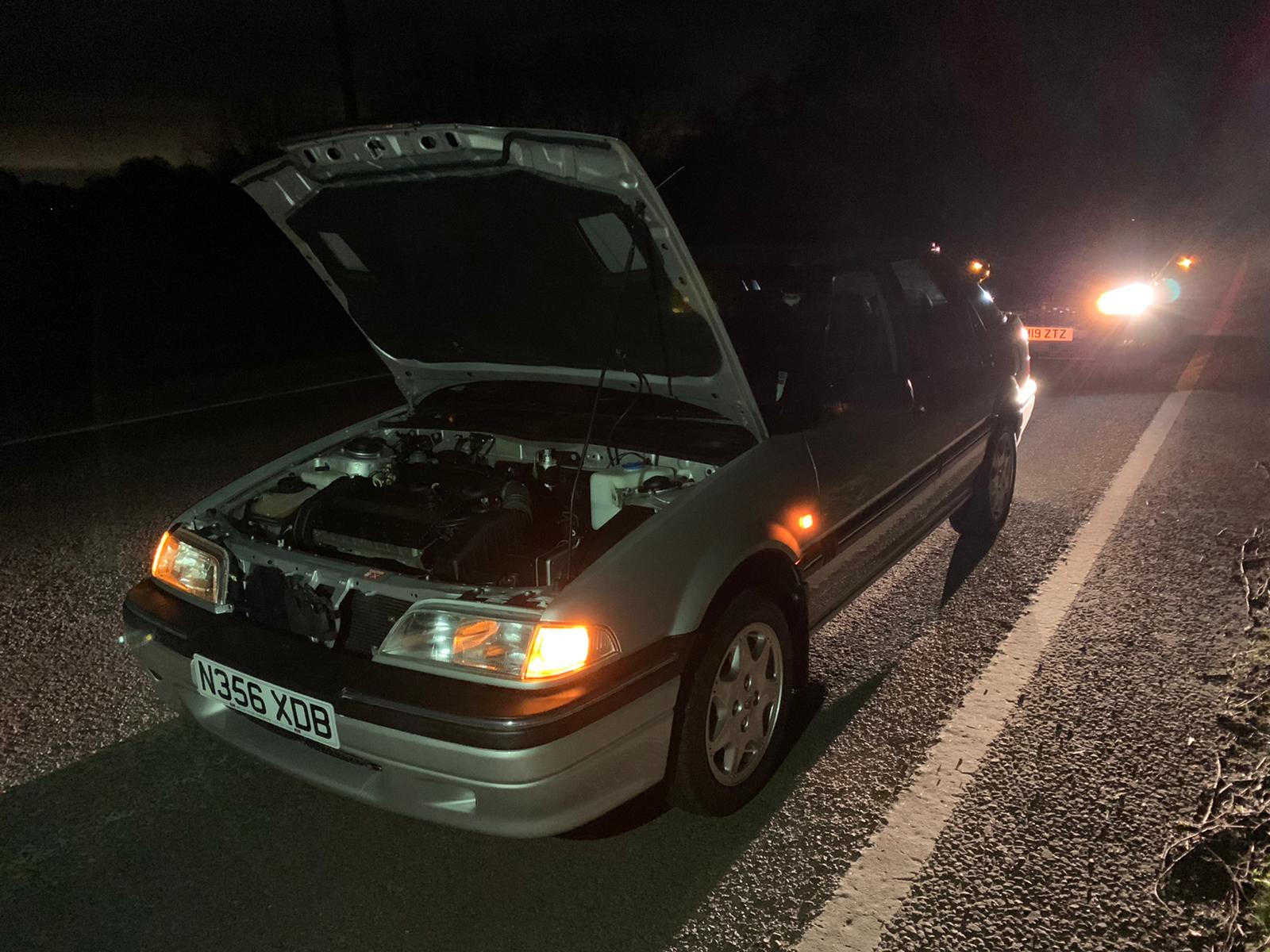 I have to admit it was one of the more scary motoring events I’ve had-rounding a sweeping bend on an unlit NSL A road, the car cut out with the loss of all electrical functions-even exterior lighting. Obviously not desirable when you’re on an unlit A road...

Fortunately I coasted to a stop in a straighter bit of the road, and managed to warn traffic behind me while doing some kind of random rave dance holding a lit iPhone,

I managed to coax some life back into the electrical system enough to elicit function from the hazard warning lights, and with the help of a friend who kindly came to my assistance with a car full of electricity and functioning lighting, drove it to a lay-by half a mile up the road. Then waited two and a half hours for the RAC after being promised initially 45 minutes, but that’s another story...

After getting the car home, a few checks with a multi meter of the earths (initially my thought), battery and alternator charge rate when I got the car restarted found the charge rate randomly spiking from 1v to 15v. No wonder the electrical system got stroppy.

Genuine new alternators for early K-Series are NLA-however I was fairly sure the regulator was the cause of the fault (these get fried thanks to being right next to the exhaust manifold. Early R8’s had a protective cover over them, deleted on the later cars. Go figure...) which are delightfully available and only £36.

Turned up in a nice box which looked like it had been on the shelf since 1998. Probably because it had. 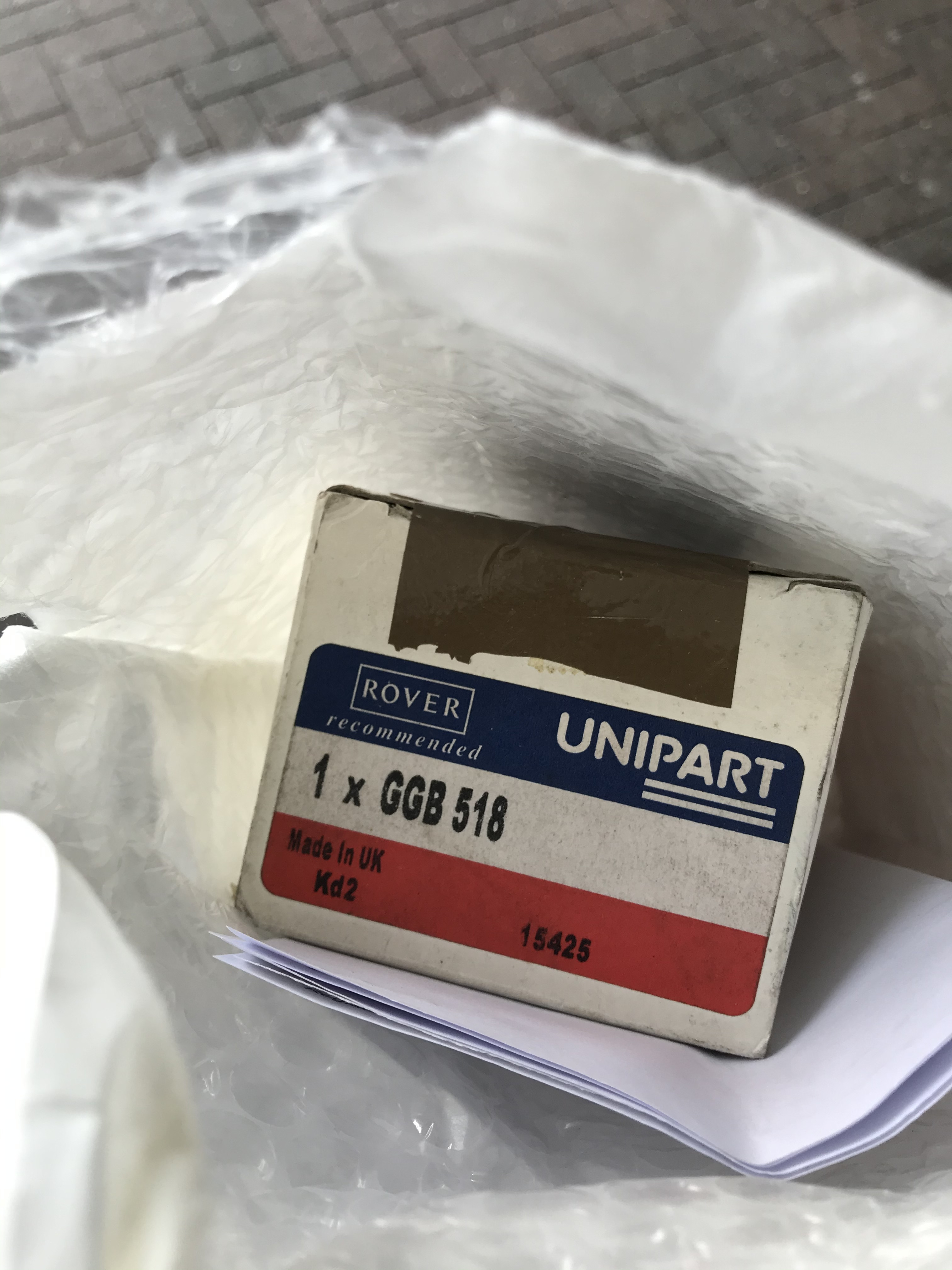 Fitting the new regulator was easy-remove the drive belt, then the alternator, marvel at how tidy the alternator is and how the date stamp has survived, unbolt naughty regulator and fit shiny, shelf warming regulator. Refitting is the reverse of removal, apart from the addition of a prayer you’ve fixed it. 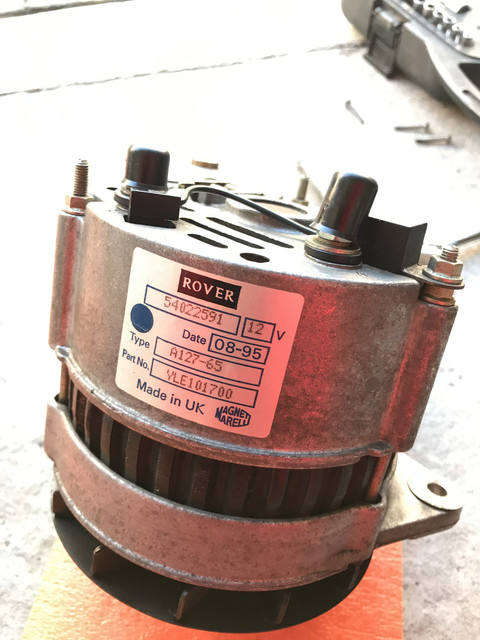 Seems like I have-the car now starts, runs happily and the introduction of electrical load no longer creates the panic a Daily Mail piece about cancer/weather/foreigners/Jeremy Corbyn does. A steady 14v of electrical stream is nice, too.

The Roewe lives on. I’ll take a set of jump leads and a multimeter when I next go out though, just in case.
Rover 200 BRM
Rover 214SEI
Rover 75 Connoisseur (launch car)
Top

As promised, a few underside pictures. It’s beautifully original-next step is to get the calipers painted. 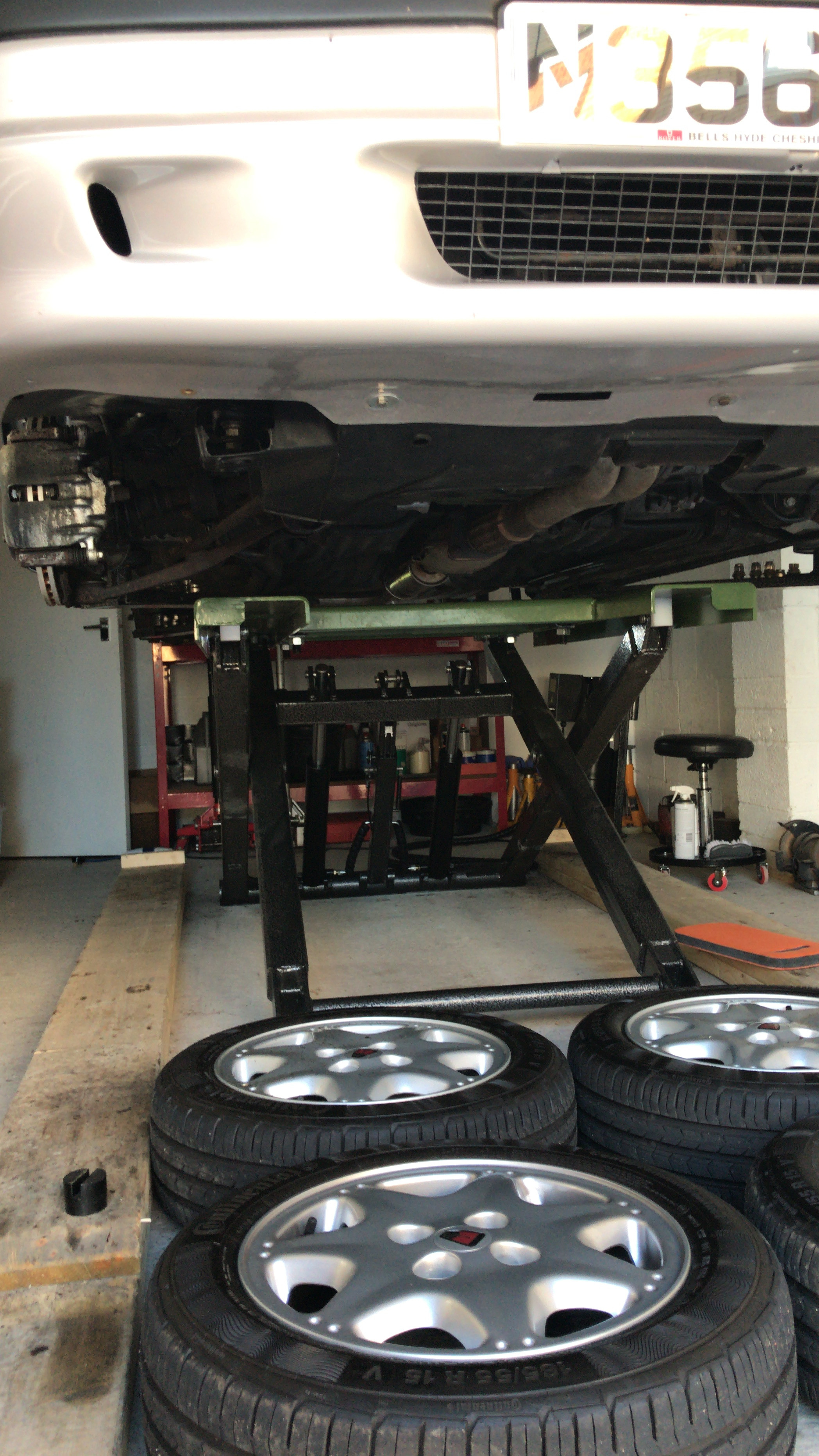 Good to hear it was a relatively easy fix

The underside of your car is ridiculously clean