Its been a while since I've done a gearbox rebuild and this is a different kind of rebuild to get back into it again so thought I would share it here. This rebuild is actually for Martin Hodge. This is a rebuild for a gearbox destined to go on his old yellow Dunlop Cup racer. I rebuilt the gearbox already on that car several years ago; I can't remember what it actually was but he felt the ratios were too long so he asked me to rebuild a Ti box he'd sourced (it had suffered failed diff bearings) and install a Quaife differential at the same time.

He dropped off the donor C6BSUT Ti gearbox a good many months ago, having removed and sold the Type-B diff in it. Unfortunately in doing this he also sold the crownwheel too, which we would need for the Quaife :facepalm: First problem then was to source a replacement crownwheel. Upon initial stripdown of the box I also discovered that the crownwheel pinion teeth were badly damaged so in fact we would need an entire CWP set. 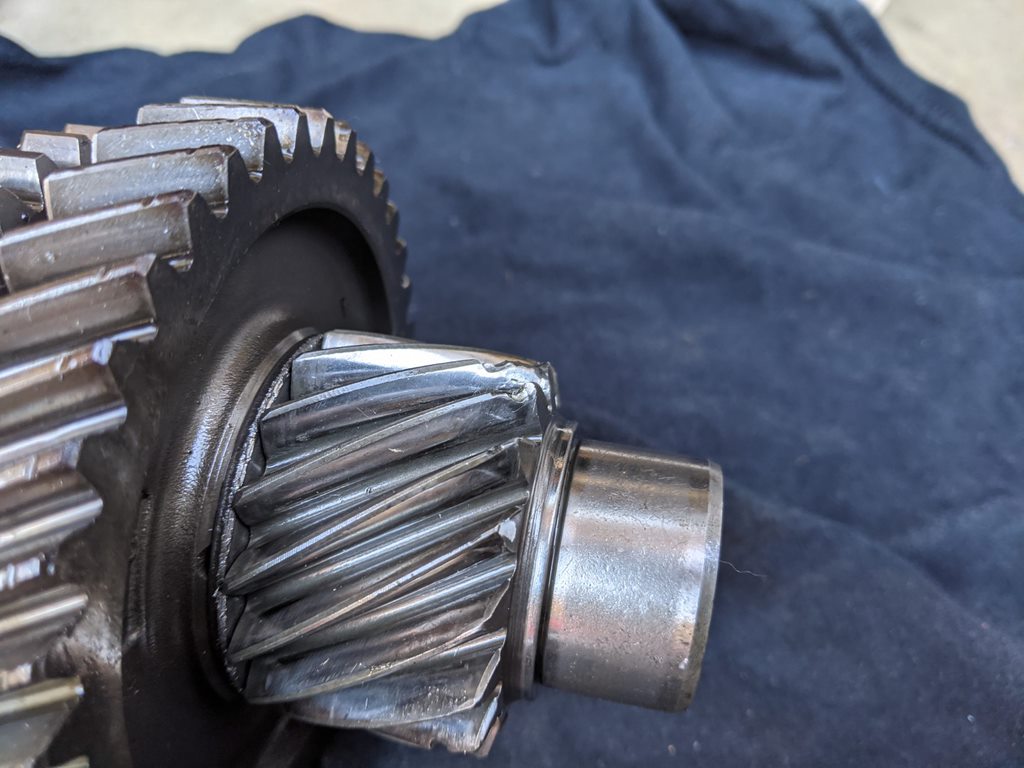 Ti boxes are few and far between these days, let alone parts for them so after doing some digging I determined that the ZS180 uses the same CWP set, albeit with a different gearset (I think) but that doesn't matter since we'd only need the CWP set. Martin obtained a spare ZS180 box and today we set about trial assembling the Ti box with the Quaife and replacement parts to make sure everything fit and we didn't need any additional donor parts.

Opening up the Ti box. 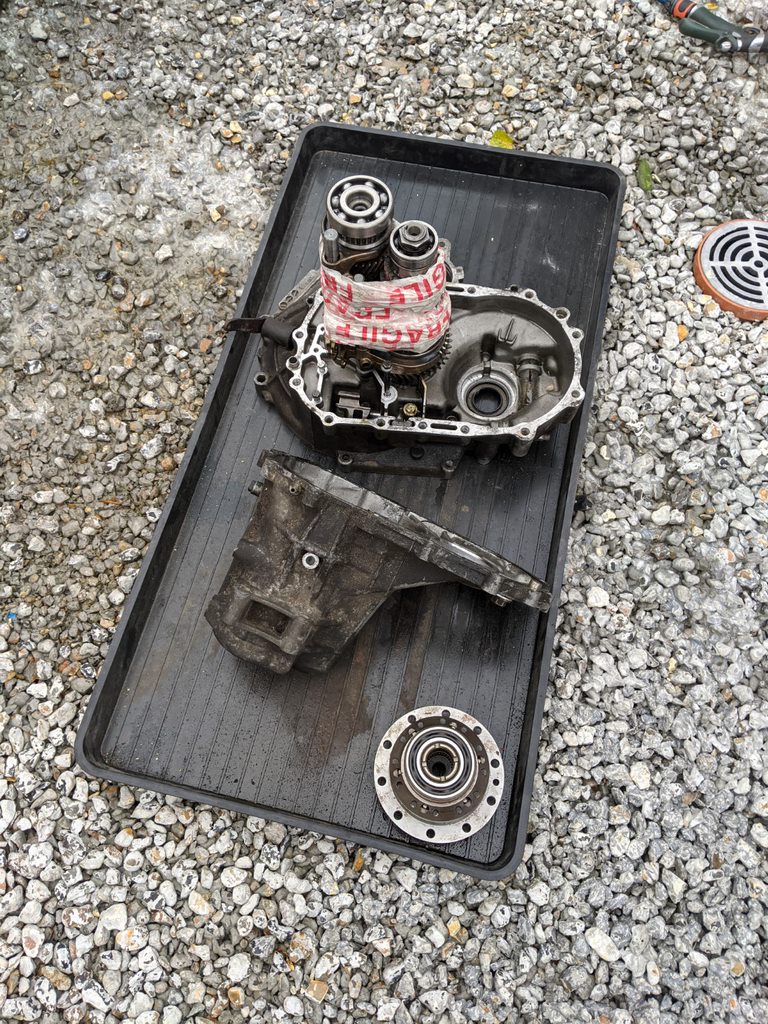 Stripping down the ZS180 gearbox to remove the countershaft (for the pinion) and diff (for the crownwheel) while Martin cleans the Ti box case in the background. 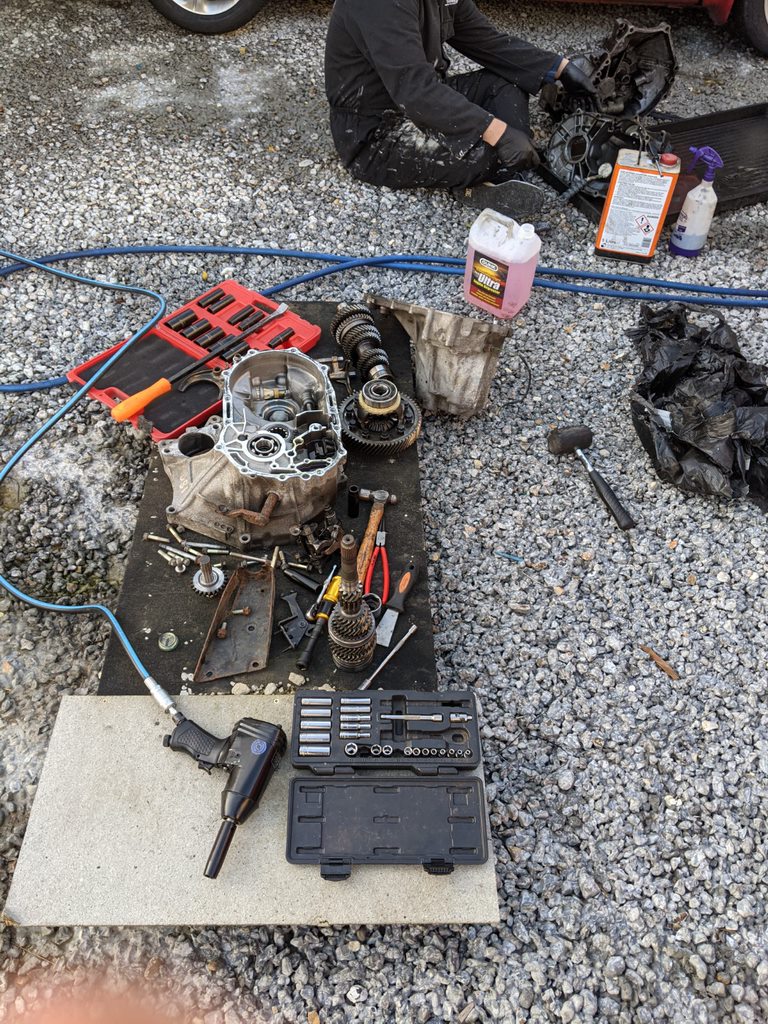 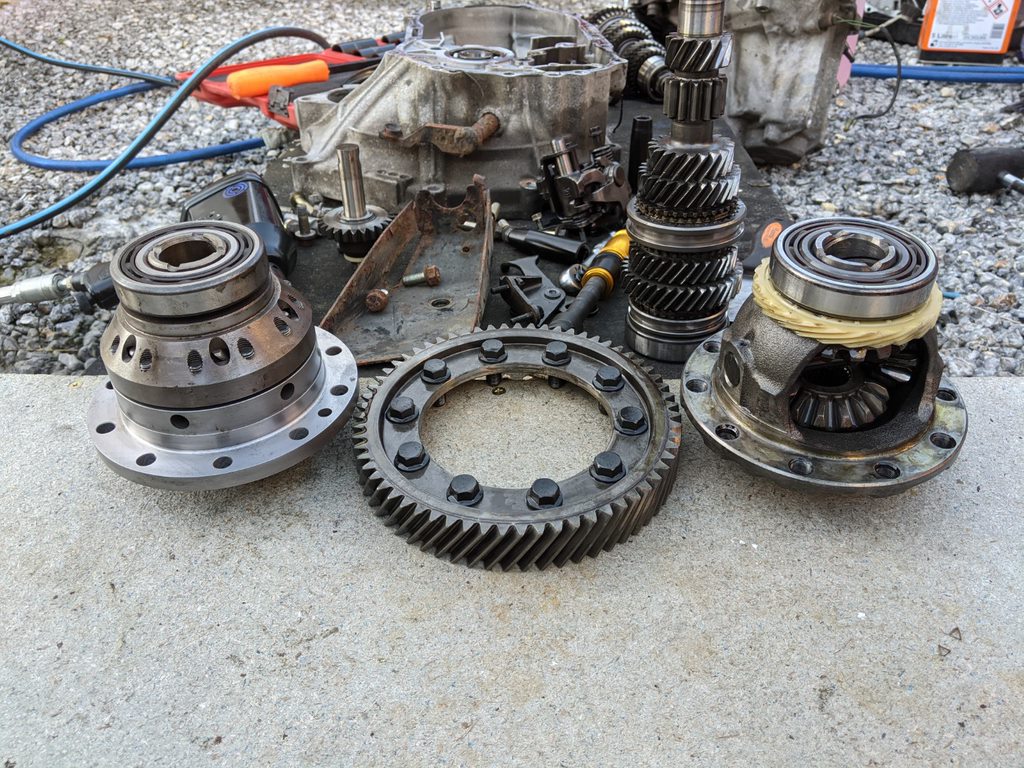 Crownwheel fitted to to the Quaife. I still need to fit the speedo drive gear and replace the bearings. 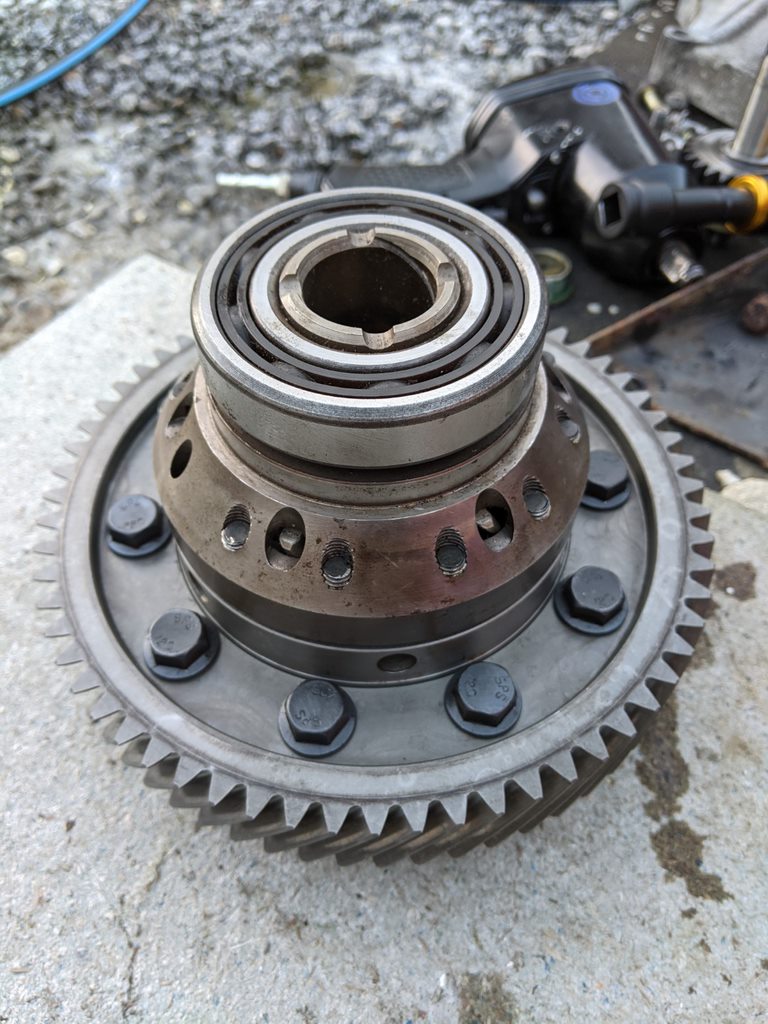 Countershaft from the Ti box all stripped down to remove the damaged crownwheel pinion gear which is actually part of the shaft, so the whole shaft needs to be replaced. 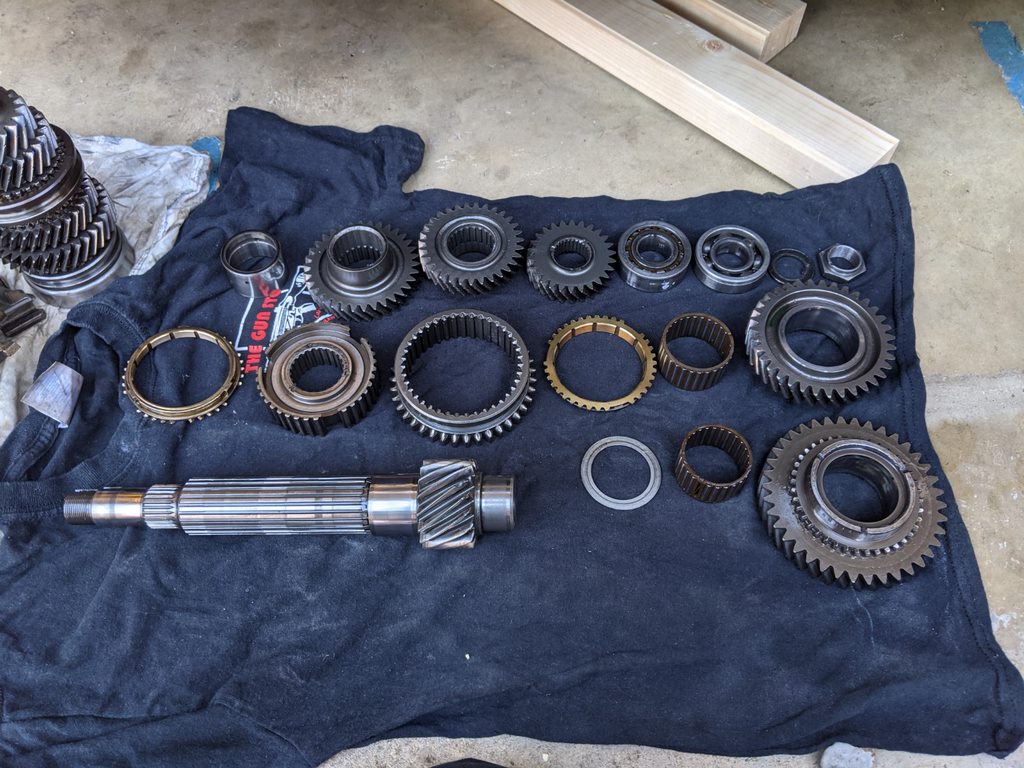 While reassembling the box to check everything fit as expected I noted this damage in the bell housing. The original crownwheel has clearly made contact with the casing when its bearings failed. This won't cause any problems post rebuild but I suspect even if Martin hadn't sold sold the original Type-B diff with the crownwheel it probably wouldn't have been serviceable anyway.

Gearbox reassembled with all the new parts and Quaife to test that everything meshed correctly. We also chose to fit a new gearbox case because there was some additional damage which I wasn't happy with and given we had a better one to hand (from the donor ZS180 box) we chose to use that.

Now that we have a complete undamaged gearbox the next task will be to thoroughly clean the internals of the gearset and with a fresh set of steel cage bearing fitted we can check the input shaft and differential end float measurements and adjust the shims if required.
Tom