I recently acquired a very clean, original Rover 220 GSi R8. It is in near-immaculate condition (though not without some issues), and is very nice to drive.

I bought this car for a school EPQ project on how to restore the engine power of a car to original specification. In hindsight, maybe this car wasn't the best car for the project, but it was one of those "where will you find another one" decisions, and while I am very pleased with the car, it seems that the good condition may be a handicap for the project, however I still intend to press on, the aim of the project may change to how to prevent HP loss if the Dyno test comes back with the engine on or near 134bhp (which I believe is the original figure).

Would anyone have a copy of the original specification sheet (either factory or independant evaluation) that I could have, as it would be vital for the project to have reputable sources of information for the car, if I am to restore the HP.

In addition to this, has anyone ever attempted this before? either on an R8 or another car, and would they have any advice?

The car does have a couple of issues:
The temperature gauge is quite temperamental, and seems to work intermittently, usually coming to life when stationary.
also, the car seems to get through fuel quite fast, not an unreasonable amount, but one does notice the fuel gauge going down quite quickly. is this due to a small tank or is it another issue? 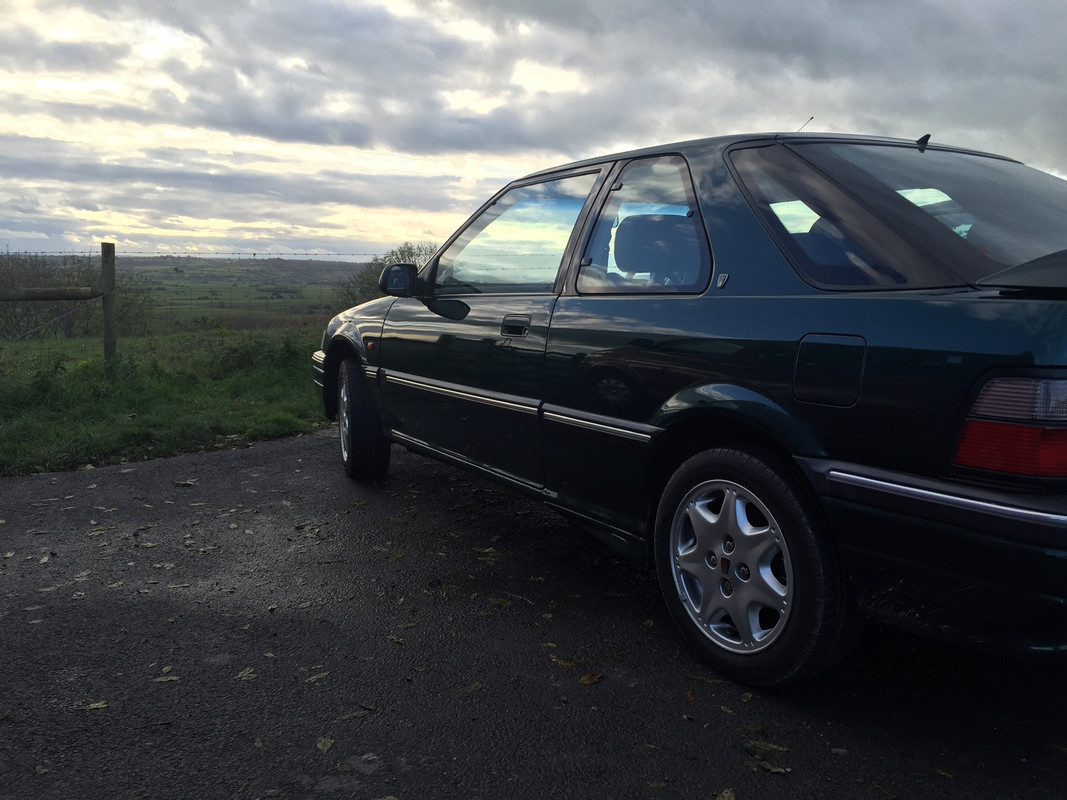 As you will probably already know, the engine BHP and torque figures were published in the original manufacturer's handbook and brochure, but getting hold of a graphical record of power and torque across the whole rev range may not be so easy.

The temperature gauge issue is likely to be a failed thermostat: the cooling system is quite efficient, so as soon as you start to drive, the radiator will be doing its job and the thermostat will not be restricting the flow of water to the radiator. Thermostats are readily available for the T-series and as long as the housing is in good condition, it should be a very quick and easy job to replace it.

The knock-on effect of this over-cooling will be that the engine management system will be over-fuelling the engine, so fuel consumption will be increased. Depending on how many of those 134 bhp you are using, normal fuel consumption should be in the 30-35mpg range

Replacing the O2 sensor may improve MPG, also get tracking checked/adjusted (Both worked for me)
I also own a 220 GSI and find it likes a drink too often.
To improve the fuel economy of a T-16 engine:
DON'T
Drive short journeys in winter (Engine takes ages to warm up)

Drive in stop/start traffic or congestion

Try a Terraclean (https://www.terraclean.co.uk). Worked for me. A couple of flat spots during acceleration, though this was on a Honda engine 216. I had a dyno test on a Mahle 3000 at Aldon Automotive. Power was spot on and occurred at the correct engine revs as per the spec. Torque was down by a good few lb-ft, and fuel economy had dropped off (I was used to getting 39.5 but was getting around 35, which was worrying). Bear in mind this was after 23 years of ownership. After the Terraclean, the flat-spots had gone, the fuel economy was back up at 39.5 and the torque figure was within a whisker of the quoted spec. Very happy. There's plenty of science behind this service if you want to have a read on the website. And no, I'm not an agent or on commission with Terraclean.

Also try an injector clean (proper injector-out and backflow service). Aldon Automotive did mine. Not just a fuel additive, though the Forte product (petrol injector cleaner) is good (dealer/specialist only but you can buy it on Ebay).

Also try oil replacement and you might want to do an oil flush with what's in there. Again, the Forte product (oil flush) is recommended - Wynns used to do one too. If you're being picky, when the flush is mixed with your engine oil and you drain it, you might want to fill up again with a cheap 10W40, run the engine for a bit, then drain that oil out and fill up with your final "expensive" oil that you're going to keep in there. This will remove all traces of the oil flush from the system. Try Millers Semi-Synthetic EE-nanodrive as the final fill - it's a fairly thin 10W40 anyway, buy it has magic ingredients that reduce engine wear and improve fuel economy (http://www.millersoils.co.uk/source/dat ... 0w40_1.pdf). It's not dodgy like moly-slip. Millers = very respected UK oil manufacturer. Also meets the design specification for MTF94 (manual transmission fluid) so it's also ideal for the PG1 derived gearbox on my car as both a 10W40 and MTF94 - you'll need the standard spec. sheet for fluids to see if it can be put in yours, but use it to fill your engine up as a first step.

I also fitted a K&N cotton washable air filter (not the induction kit, just their standard replacement part that fits in the air box). You should be able to get one for the T16. It improves air flow so the engine isn't ever gasping for air, without making the engine note any harsher.

I also bought some Denso Iridium spark plugs - a few manufacturers make Iridium plugs - the science is in the thinner electrode - the Denso ones are the thinnest I think at 0.4mm, and Iridium is the only material that will function dealing with such high voltage arcing for any useable amount of mileage. The Denso Iridium ones are only good for 20K miles - they do a long-life version with a thicker electrode, but you want the pure performance ones.
Rover 216GSi K reg. Flame Red over Tempest Grey

I love my 420.... brilliant engine. Fuel wise I don’t find it too bad. As I do a lot of shows in it, they’re often on a long run and I can get 300 miles out of a full tank with the motorway driving, sometimes more.

I also use it locally occasionally for pottering around town in and I definitely get less mpg, but as I do less than 3,000 miles a year in it I’m not too fussed.

Thank you so much for all the feedback and reception - I am very grateful!

I had not really considered Terraclean before, as I was perhaps a bit over-cynical when I saw the TV Adverts with Edd, but from what you say, it sounds like it is worth a punt. I need to do more research for my collection of sources, but this is exactly what I was looking for.

I am intending this car to be my daily when I am driving, and do my test in, as my Volvo 480ES project is not progressing as much as I like and still has a dysfunctional speedometer/odometer, and other issues, whereas the Rover has no real problems (apart from the battery draining, which I forgot to mention earlier). As such, and its rarity, I would quite like to maintain its condition, how best should I do this?

Thank you all
Top