About time I got on with some work on the Coupe, so I headed out this morning to try and resolve a few issues.

There is a car hiding under all that frost! 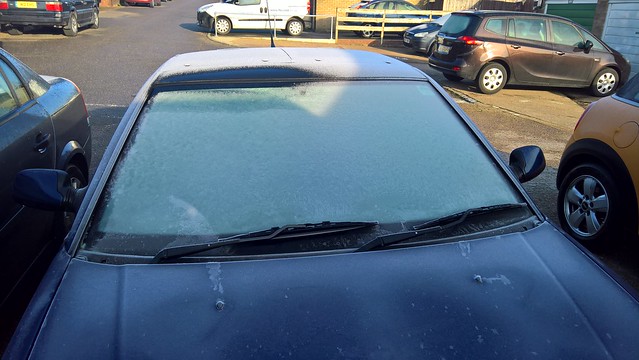 The heater blower only works intermittently - I'm guessing the blower fan is knackered, but wanted to check the resistors first.

Glovebox out to get to the resistor 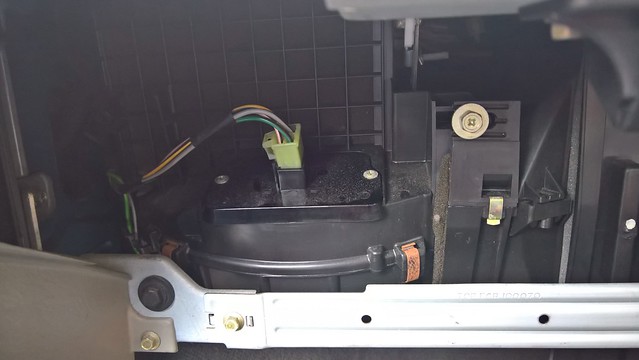 Two screws to release it, nothing wrong here :( 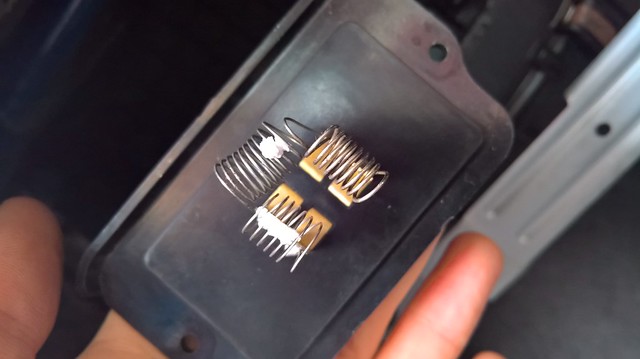 Onto the next issue, passenger side central locking has stopped working. Door card comes off quite easily - I need something to replace the yellow sealant around the door liner, its gone rock solid 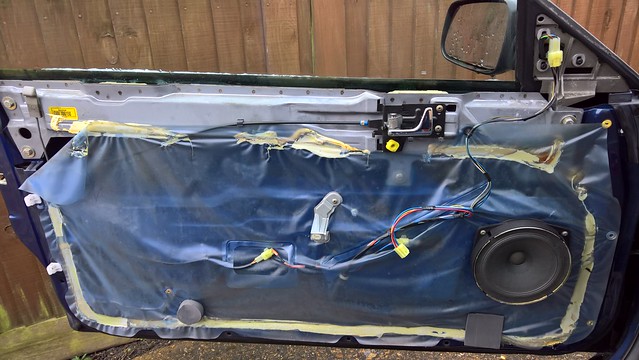 That allowed me to get a circuit tester into the wiring loom, everything seems to be fine with a pulse when locked or unlocked. I'll have to search for a replacement. Not sure which part number is the correct one, Rimmers list a part number for a coupe actuator for models with an alarm but it has a 4 way plug, mine only has a 2 way....I definitely have an alarm though so I'm slightly confused.
Last edited by 27matt on Mon Jan 29, 2018 6:57 pm, edited 1 time in total.
Mini City E
216 Coupe
Rover 75 1.8T
Top

If it's not a huge job to get the actuator out, it might have a part number on it.
Top

You must have perished out there doing that in the cold.

remember the unit rules, if you're cold, work harder

I also changed the headlamps on my 75, the lamp unit had separated from the housing and needing popping back on the ball/socket - I did have to go inside to do that, couldn't feel my fingers!

I went back to the Coupe later on to try and remove the actuator, I'm not sure if it was the cold or the fact it was getting dark but I couldn't get it out. I couldn't remeber how to release the lever from the latch to the handle...any tips?
Mini City E
216 Coupe
Rover 75 1.8T
Top

If your cold, put kettle on and fire up the BBQ *laughs*.

If your cold, put kettle on and fire up the BBQ *laughs*.

Lots of work to do on the Coupe this weekend, no photos, not that they were particularly interesting to look at!

Saturday involved getting the exhaust off as it was bloody noisy and that can't be helping with the it not running and idling quite right.

Back box was only replaced a couple of months ago, so the bolts actually came undone :shock:

The other bolts along the system were....unrecognisable. Unbolted the manifold from the head, dropped the rest of the exhaust from its rubber hangers and pushed the manifold down as low as I could.

Cut through the two down pipes as near to the manifold as possible, dragged the majority of the system out from underneath and pulled the manifold up out the bonnet - that was all easier than expected. I did however manage to bash the lambda sensor wiring to oblivion during the sawing.

I found lots of useful bits already in the garage, downpipe, spare cat, full gasket set, so have ordered a new lambda sensor and centre section.

Sunday involved investigation of heater motor and central locking motor. Heater motor came out without too much effort, had to loosen all the heater unit bolts and pull the carpet forward but that left enough room to drop the motor out. Plugged it back in to test, works fine when horizontal, stops when vertical. Replacement ordered from ebay.

Last job was to remove the central locking motor from the N/S door. Much fiddling with handles etc (and the compulsory removal of a spring that I have no idea how to refit) was done and the old motor liberated. A final quick test confirmed it was dead - thankfully ebay had one for me! Only one of the 3 screws holding the motor to the lock mech was actually fitted, probably didn't help extend its life.

Successful weekend (unless you're my wife, who now has a car with no central locking, heating or exhaust and is on axle stands on the drive)!
Mini City E
216 Coupe
Rover 75 1.8T
Top

Lots of packages arrived this week, although disappointingly not probably the most important part - the mid section of the exhaust.

Apparently this actually means, we'll spend a few days checking if we can actually get this item, and then inform you it will be 3 weeks and then another 2-3 for shipping.....frustrating!

Still, as we all enjoy* working on cars in the rain, today was an ideal time to start bolting things back together.

Pile of parts that did arrive 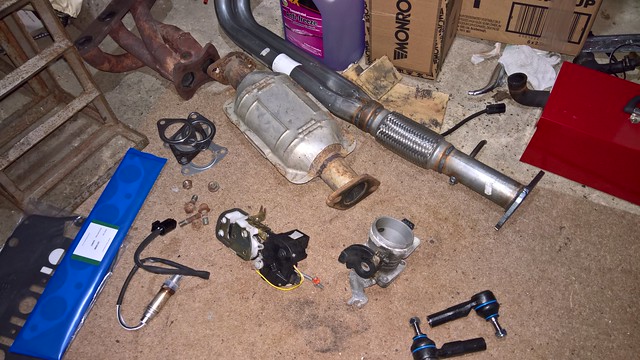 First job was fixing the central locking. Actuators are NLA but found one on ebay, loom had been chopped off so repaired with some solder sleeves 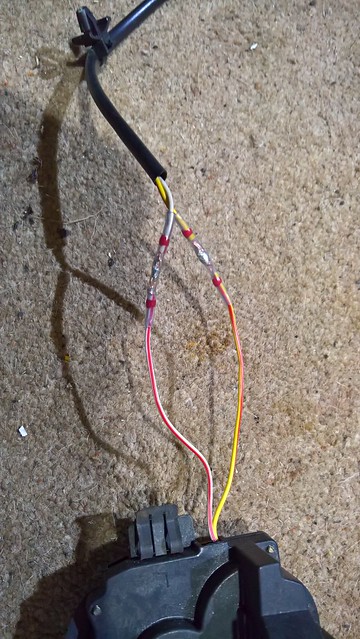 Fiddly job getting the handle back out the door, bolted up to the lock mechanism and then back in the door, but got there in the end and everything bolted back up. I did remember to test it worked before reassembly thankfully! 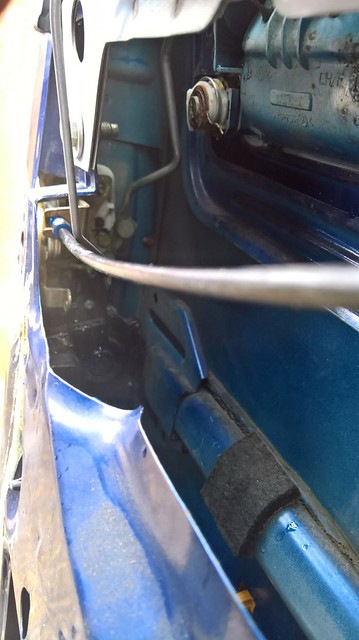 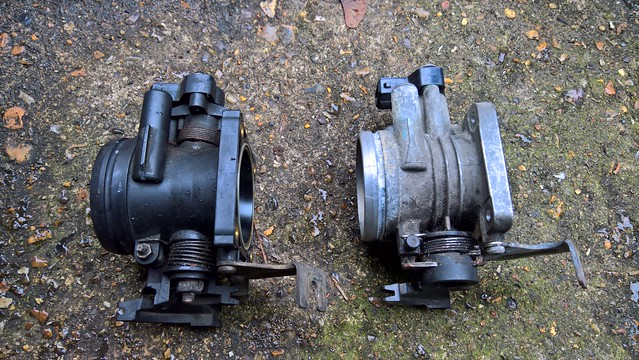 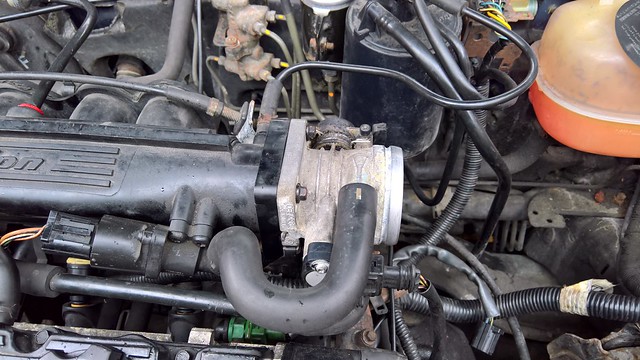 The rocker cover seemed to be leaking a bit and a new gasket was less than £2 from the local JLR specialist down the road so seemed silly not to change it. Cover was well stuck on, and took some persuasion to lift off once unbolted! 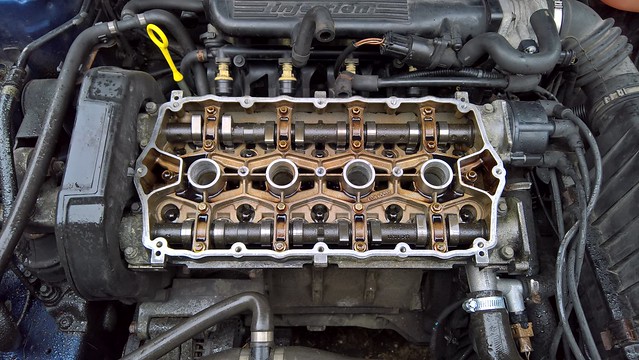 Quick check of the plugs whilst I was in there, nothing too alarming there 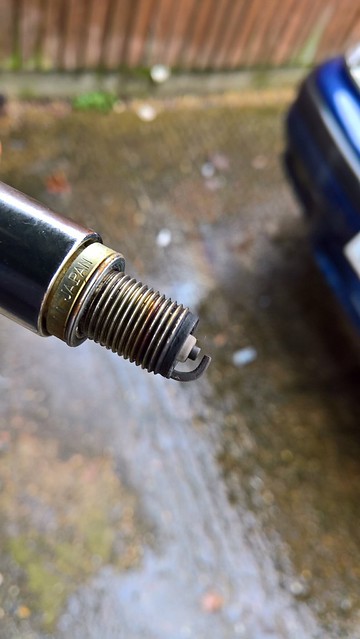 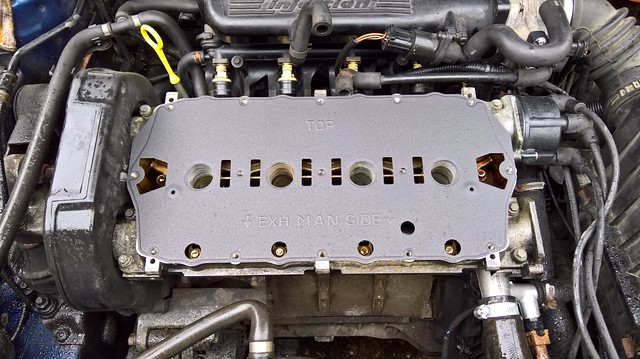 And all back together and torqued up! 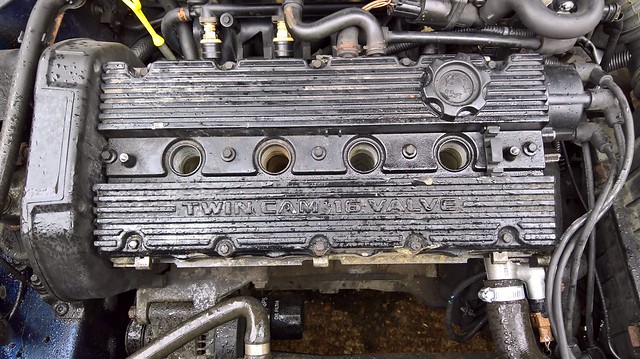 Last job I got done today was to finish refitting the interior. I refitted the heater motor one night during the week and tested it, so just needed to bolt everything back together. The two halves had split apart slightly and the foam dropped out, it was a bit damp and knackered (it is 20 years old) so the dangly bit went in the bin, there was only a slight leak of air into the footwell. 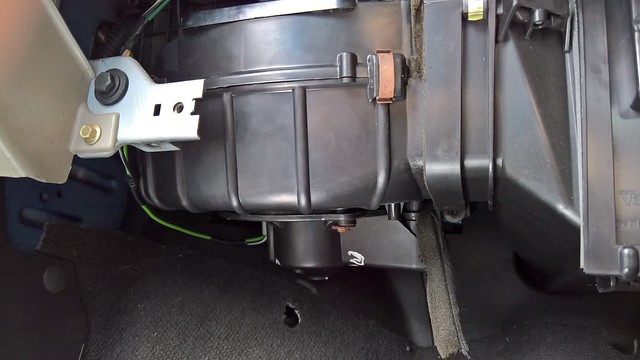 Dashboard bolted back on and door card refitted, progress! I do need to get some sealant to fix the plastic liner back behind the door card - its on there but the existing sealant is rock solid so it may well leak a bit. 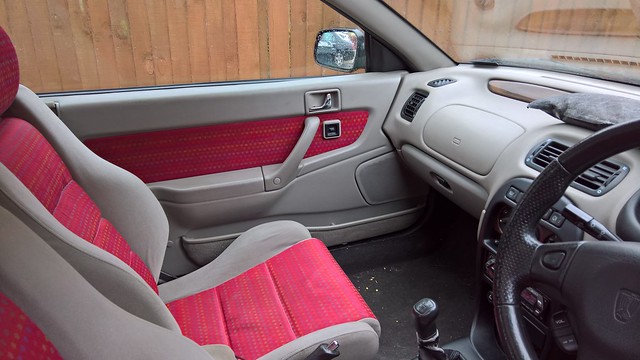 That's probably it for this weekend whilst waiting for the exhaust. I was going to refit the manifold and the new lambda sensor but the exhaust studs didn't want to go in the manifold (down pipe end). I'm sure both the head studs and exhaust ones are M10 so not sure what I've got wrong - might just pick up a new set of studs!
Mini City E
216 Coupe
Rover 75 1.8T
Top

Cracking weekends worth of work there mate, well done.

Thanks, it'll be nice to get the exhaust done, will be even better when I can work on a car and its not raining or single digit temperatures!
Mini City E
216 Coupe
Rover 75 1.8T
Top

Still waiting on the new exhaust for the Coupe turning up, Wife now less pleased....car just sat freezing a bit! 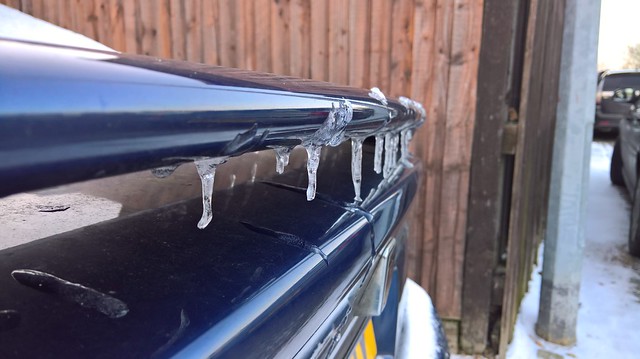 Apparently there has been a "delay" have ordered another one from ebay which is supposedly in stock, I will wait and see!
Mini City E
216 Coupe
Rover 75 1.8T
Top

and, can anyone confirm that the studs in the exhaust manifold for mounting the downpipe are M10....I'm sure they are, but they aren't going in! Either I'm mistaken, or someone has been in there before me and wrecked the threads.

The bolts that came out were all different, three different head sizes (

I can't be the only one that sometimes hates bloody cars!?

So, progress* this morning on the Coupe now the snow has cleared, its much better lying under a car in wet slush?

I got fed up of waiting for the new exhaust to turn up, after we chased the supplier, we were told there had been a delay, no more info! Sourced another from a seller on ebay which arrived next day, why didn't I do this to start with!

So, exhaust back on, didn't get too wet, BUT its too short....the downpipe/flexi is probably 40 or 50mm shorter than it should be, so pulls the whole exhaust backwards - the backbox catches on the ARB and the manifold doesn't want to seal at the top edge (I should have torqued this up first :( ). Funny thing is, it's not the first time, the old downpipe was the same (different manufacturer), its the main reason I swapped it out. Has anyone else had this problem on these cars, or am I just unlucky.

Unless anyone says its a terrible idea, I'm going to cut the pipe and use one of these to extend it for now, at least to get it through the, now expired, MOT.